Many of us have heard of Advaita, or “Non-Duality”. There are many people, with different styles of writing, teaching and speaking, etc. – articulating the reality of wholeness – non-duality – Advaita – in their own unique way.

One of the most interesting things about some of the newer non-dual teachers, is that they are so grounded in awareness of-as wholeness, they don’t even see themselves as teachers, but rather, just one aspect of the wholeness — exactly as each and all of us every actually are, now.

They also hang out on Facebook – and seem to be quite open to making new friends.

Here’s a sampling, for those who may be interested, and/or inspired.

Known as “The Bens” on Facebook, these two are utterly identical ….. except for the parts that are seemingly not ….. check them out, and see if you can detect any differences — and/or the wholeness inherent in the expressions of both.

Scott, like Bentinho and Ben, is a regular guy — different — yet the same — as “the Bens”.

The video below pretty much says it all; so much so, in fact, that Benjamin Smythe, at one point, referred “all further questions” … to that video. 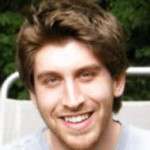 This is what Living Unbound in reality looks like.

This is the very real, very actual Freedom Beyond Imagination; Living, Unbound.

And it’s always equally available for us all; it’s what we are —- we are the wholeness, now — Advaita, already!

Jeff Foster – Life Without A Centre

Marcos Cortes (appearing with Jeff in the video, above) – http://www.satsang.es