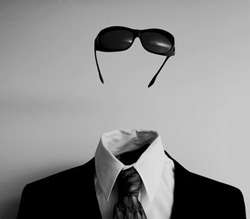 Here is some of the very direct and very real wisdom of Jed McKenna:

Enlightenment isn’t when you go there; it’s when there comes here.

It’s ego – the false self – that exalts the guru and declares the teaching sacred, but nothing is exalted or sacred, only true or not true.

Enlightenment is the unprogrammed state.

The point is to wake up, not to earn a Ph.D. In waking up.

The bottom line remains the same: you’re either awake or you’re not.One day, there it is. Nothing. No more enemies, no more battles.

Wake up first. Wake up, and then you can double back and perhaps be of some use to others if you still have the urge. Wake up first, with pure and unapologetic selfishness, or you’re just another shipwreck victim floundering in the ocean and all the compassion in the world is of absolutely no use to the other victims floundering around you.

-On the attitude needed for enlightenment

I don’t see it as my role to save or rescue anybody any more than regular people feel the need to rescue each other from sleeping and dreaming.

That’s how it is in dreams: thoughts become things practically before they’re thought.

You can’t manage to avoid your own true nature forever. It’s a wonder anybody manages it at all.

Who you are has little or nothing to do with you.
**

There is no true self. Truth and self are mutually exclusive.

This is about unknowing. All this so-called knowledge is exactly what stands between seeker and sought.

The teachers we need will always be there when we need them; no reason to track down somebody else’s.

The ‘I” casts off the illusion of ‘I’ and yet remains as ‘I’. Such is the paradox of self-realization. The realized do not see any contradiction in it.

Before enlightenment, I believed my ego was me. Then enlightenment comes along and no more ego, only the underlying reality. Now it’s after enlightenment, and this ego might be slightly uncomfortable or ill-fitting at times, but it’s all I’ve got.

The idea that your ego is destroyed in the process of enlightenment is roughly correct, but it’s not complete. Before enlightenment, you’re a human being in the world, just like everyone you see. During enlightenment, you realize that the human being that you thought you were is just a character in a play, and that the world you thought you were in is just a stage, so you go through a process of radical deconstruction of your character to see what’s left when it’s gone. The result isn’t enlightened-self or true-self, it’s no-self. When it’s all over it’s time to be a human being in the world again, and that means slipping back into costume and getting back onstage.

Miracles are nature unimpeded, which is a good way of saying that if you take your hand off the tiller, the boat will steer itself and do a vastly better job of it than you ever could.

Relax into the moment and let the universe do the driving. If there was a secret to happiness in life, I’d say that was it.

Trust you develop a little at a time as you learn to relinquish the illusion of control.

They have abandoned the illusion of control. It doesn’t matter why you do it, just that you do. This is the point of distinction and the root teaching of all major religions.

~On the power of spiritual devotion

Fear and ego – in other words, ignorance – are keeping your hand on the tiller. Release the tiller for whatever reason, and the steering takes care of itself.

Everyone’s grooving on the gurus, and everyone’s getting more and more spiritual, but nobody’s waking up.

The truth is identical for both of us. I haven’t achieved a better status than you.

There’s no such thing as instant enlightenment any more than there’s such a thing as an instant baby.

Simply put, I don’t think. I don’t make choices or decisions.  I don’t weigh possibilities and select one over others. Instead, I observe patterns and move with them.

I used to try to be smart and now I don’t and everything works a whole lot better. Stopping being smart was one of the smartest things I’ve ever done.

This is it. Not some other time, not some other place. Right here. Right now. I am standing at the exact center of infinity and I see beauty and perfection and absolute delight everywhere and in every thing. The touch of the slightest breeze, the sight of a single star through cloud-swept skies, the howls of coyote pups in the distance and the sheer glory and beauty of it all is enough to tear me to shreds and all I can say is thank you, thank you, thank you

Truth isn’t an idea or a concept. It’s not in libraries or the words of sages. It doesn’t come in a flash of insight or a peak experience. It’s not a feeling of bliss or ecstasy. It’s not a concept to be understood or a feeling to be experienced. It’s not in your heart or your mind. It’s further.

Spiritual awakening is about discovering what’s true. Anything that’s not about getting to the truth must be discarded. Truth isn’t about knowing things; you already know too much. It’s about unknowing. It’s not about becoming true; it’s about unbecoming false so that all that’s left is truth.

No belief is true. No. Belief. Is. True.

One millionth of one percent false is completely false. Everything in duality is false. False as in not true. Not true as in bullshit.

This isn’t a song we’re singing or a mountain we’re climbing; it’s a dream we’re unweaving.