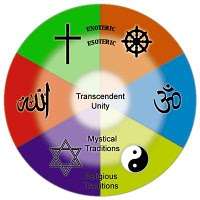 The deepest mysteries of the world’s religions and spiritual traditions are simply descriptions of how inherently fulfilled consciousness actually operates. They are maps to the reality of freedom beyond imagination in experience; maps to Living Unbound.

The pinnacle condition outlined by every spiritual tradition, whether it is called heaven, enlightenment or self-realization, is a synonymous term for Living Unbound in reality. The great secrets of life have never been absent, nor have they ever been completely hidden, and they’re most certainly not secret. In fact, they’re freely available for all. The maps offered via the symbol-sets of each religion and wisdom tradition, along with their related teachings, techniques and resources, clearly mark the way to the reality of Living Unbound in our own experience, once we understand how to read the map, and which aspects of the given map, or maps, to prioritize.

How important might Living Unbound be for you? For everyone and everything you know?

Not recognizing and living from the full range of consciousness, from Living Unbound is the source of all suffering.

Recognizing and living from the full range of consciousness is Living Unbound.

The truths of the actual operations of the full range of consciousness have not been newly discovered; they are ever-present. This system called Living Unbound is simply a model that is articulated simply and clearly, and in plain language, using symbols or symbolism that most of us can easily understand.

Every religion offers an articulation of Living Unbound and a map to Living Unbound, in reality. The vast majority of a given religion’s teachings may not articulate this directly or clearly, either due to misunderstanding by the authors of a given teaching, or due to veiling of the information over time for various reasons. However, neither are the teachings and techniques of Living Unbound absent from any religion. Each religion has its practice-centric paths and schools, known various as esoteric, mystical and yogic, among other terms. It is in these internally-oriented paths that the truth of Living Unbound has been preserved through the ages, in every religion and wisdom tradition.

And this dynamic is not true only of religion. Ancient and modern-era sages in all areas of study and discipline, whether religious, philosophical, academic, artistic or scientific, have lived and are living from the actuality of Living Unbound. Living Unbound is always equally available for all of us, in reality. It is our inherent nature; it is simply veiled by the misperceptions of individual and collective conditioning.

The Living Unbound system is not dependent upon or affiliated with any specific religion, culture, tradition, science or discipline. All of these things are means; maps and tool-sets with which the way to Living Unbound can be found and revealed in our own experience. Thinking that any information is the truth in and of itself, as opposed to simply being the way to knowing the truth for yourself, is to confuse the map with the territory; to confuse the menu with the meal. In religion, the maps to Living Unbound can be found in the practice-centric paths within each religion.  Each religion has a solid subset of paths or schools which have teachings, techniques and resources oriented toward Living Unbound, in experience. The emphasis of practice-centric systems is not on adhering to ideas or interpretations about the truth of the given religion, but rather, on experiencing the truth for ourselves, via the millenia-old, effective spiritual practices taught within each religion and wisdom tradition. Meditation, prayer, directed breathing; chanting, singing, worshipping in groups; immersed contemplation. All of these practices and more are only slightly varied in the practice-centric paths within each religion and wisdom tradition. And they have all been proven to have the same result, when utilized effectively; they all result in Living Unbound.

Each of these practice-centric systems, regardless of the time or location where it was developed, and regardless of the original symbol-set, or the originating religion, teach of the way to Living Unbound via the three levels of Living, Knowing and Awareness (called Level 1, Level 2 & Level 3 in the Living Unbound system). These three levels are called by different names in different languages, and different religions, of course, but they are universal.

Various paths within various religions and wisdom traditions simply use different terms and different symbol-sets from one another, which were developed at different times in different places. However, they can all serve as a map to Living Unbound, and the practice-centric paths within each religion outline the same general map. The map to Living Unbound is also being clarified and confirmed by the increasing improvements in scientific abilities to measure the activities and ongoing changes facilitated by the techniques, the spiritual practices, taught by each of these systems.

There are practice-oriented paths associated with Hinduism, such as Kashmir Shaivism, Advaita Vedanta, the non-dual Siddhar tradition of South India and the Yoga of Patanjali, to name just a few. In Christianity, there are the paths of Mystical Christianity, Gnostic Christianity, and Christian Kabbalah, among others. In Judaism, there is Kabbalah; in Islam, Sufism. Buddhism has its practice-centric paths as well, such as Dzogchen, Vajrayana, Ch’an and Zen.

In psychology, we have the work of Carl Jung. In the physical sciences, we have quantum physics, and some of the most recent advances in biology, specifically in the areas of genetics and neuroscience. In mathematics, we have geometry and calculus. Sacred geometry was the original geometry. Calculus was developed by Leibniz and Newton, both of whom had deeply esoteric spiritual lives, and who developed calculus in part to articulate the synergy between the Unity of the Unbound with the Harmony found within the diversity of Living.

Philosophy has given us the wisdom of great sages in every part of the world, from every recorded age, ranging from Heraclitus and Plato to Lao Tzu, Abhinavagupta and Patanjali.

For excellent, detailed overviews of the threads of Living Unbound running through religion, science and philosophy throughout the ages, and all over the world, including ongoing overviews of recent developments please visit the  Space and Motion website.

Also, please see the Lessons section of this site for the Teachings, Techniques and Resources offered by Living Unbound.