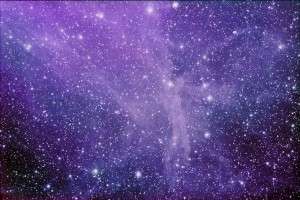 “Caitanyamatma” – “Living Unbound Awareness is Self”, as the Shiva Sutras (1.1) begin.

This cannot be understood with mind, even the infinitely expanded mind experienced at the upper range of the Knowing level; it can only be experienced – in, with and as original, unbound awareness; our self. Why is this so? Because understanding is usually understood and experienced by limited-mind as an object in awareness, an object that is the knowledge of the subject who holds it.

“From the perspective of the individual, thoughts are only omnipresent when consciously released in omnipresent abiding inner silence, which is cultivated through deep meditation. Before that, thoughts are only objects of perception with which we are identified locally. It is the samyama effect (release in stillness) that enables thought to become omnipresent, and therefore infinite in speed.”

Again, this cannot be understood with mind, because mind is inherently constrained in some manner; even the formless aspects of it contain consciousness and action, even if effectively infinite in scope. Only when our original Awareness preceding mind is  experienced as our self, with mind as its emanation, does the power of knowing, the knowing of power, begin to flourish creatively, to flow out and return as Living, Unbound.

When the mind is surrendered in stillness, there is no barrier to the universal open shining of our original awareness, our infinite self. Infinite? Infinite: all distinctions, definitions, borders and limits are artificial. Original awareness is inherently ever unbound.

“A thought is a thing in itself.”

And so, a thought is not only a thing in itself, a thought is our very self; awareness in form, arising from formless self-awareness. Experiencing this in actuality does not allow us to understand, for we are now beyond the range of understanding, but to be knowing, that creating the samyama effect is creating a ripple in the infinite lake of our self. Utterly simple. Infinitely powerful. Solely loving. Is this teaching (“A thought is a thing in itself”) unique to Yogani? Not exactly; it has been around for thousands of years, and is considered so profound an aspect of reality that it is deeply embedded in some of the oldest languages and spiritual traditions in the world. For instance, In Hebrew, the word davar means both word and thing:

“Though davar means both thing and word in Hebrew, it is crucial to point out that thing did not have the Greek connotations of substance. As I. Rabinowitz puts it: ‘the word is the reality in its most concentrated, compacted, essential form.’ …. Names are not conventional, but are intrinsically connected to their referents; the name, indeed, is the real referent of the thing, its essential character – not the reverse, as in Greek thought. One does not pass beyond the names as an arbitrary sign towards a non-verbal vision of the thing, but rather from the thing to the word, which creates, characterizes, and sustains it. Hence davar is not simply thing, but also action, efficacious fact, event, matter, process.”
~Leonora Leet, Secret Doctrine of the Kabbalah, p. 103, quoting Susan R. Handelman

In The Secret Supreme, the Kashmir Shaiva master Swami Lakshmanjoo describes Sadadhvan, the Sanskrit term for the six-fold path of creation in the Universe, consisting of three subjective paths of increasing subtlety, and three objective paths of increasing subtlety. In explaining an example relating to the middle (subtle) level, Swami Lakshmanjoo states: 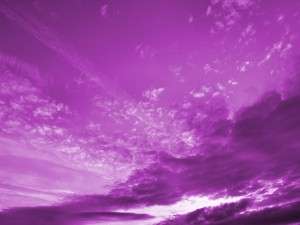 The one field of awareness from one angle, is everything: all-that-is, from another angle; two sides of the same coin. Oneness and multiplicity are the inverse of one another. Mind cannot understand this; it is not designed to do so: mind is a sense, not a self.

No less an authority than esteemed mathematician (and co-author of the Penrose-Hameroff Theory of Quantum Consciousness), Sir Roger Penrose states:

“Calculus– or, according to its more sophisticated name, Mathematical Analysis– is built from two basic ingredients: differentiation and integration. The remarkable fact, referred to as the fundamental theorem of calculus, is that each one of these ingredients is essentially just the inverse of the other. It is largely this fact that enables these two important domains of mathematical study to combine together and to provide a powerful body of understanding and calculational technique.”
~Sir Roger Penrose, The Road To Reality — A Complete Guide To The Laws Of The Universe, p. 103

What is the result of experiencing our self as the wholeness of awareness, Living Unbound?

“The universe is our playground when we are reborn in the divine flow resulting from the marriage of abiding inner silence and our ecstatic awakening. We are here, everywhere, and nowhere. Free!”
~Yogani

Source of the above pictures : http://www.irishviews.com/purple-sky-backgrounds.html